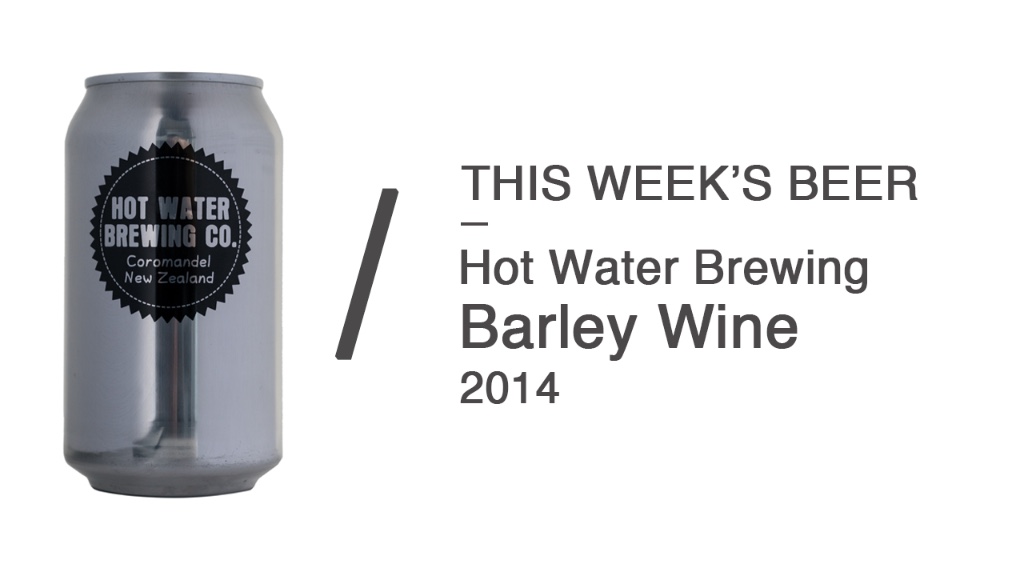 BREWERY // The competition is stiff but Hot Water Brewing are certainly in the running for New Zealand's most scenic location. Farmers Don and Dawn Walker had the idea to turn part of their Coromandel farm into a holiday park with a lodge, camp sites and cabins back in 2005 and a restaurant and brewery seemed like natural progressions. As well as the tourism and hospitality operation, they are still farming beef and dairy cows alongside avocado and kiwi orchard. So it's a good job they have brewer Tom van Deelen (formerly of Galbraith's) running the brewery. Their summer festival, Rising Can, is a great celebration of canned beer from breweries across the country as well as music, food, camping and general good times. We're looking forward to the next one.

BEER // The world was a very different place in 2014. People seemed pretty ambivalent about the flag, Ponytail-gate was still to come and Beer Jerk didn't exist. Through the highs and lows of the past tumultuous 43 months, this beer has been biding its time, waiting for its moment of glory. The name comes from the alcohol strength which is generally around the same as wine. The style has an interesting history with a commonly told story of origin being that during the 18th and 19th centuries, Britain was often at war with France meaning no claret for the dining tables of the upper classes. Locally brewed barleywine took its place handsomely. The high alcohol content comes from using a lot of malt in the mash, double that of a standard beer. Brewers will often use the Parti-Gyle method and use the left over grains to brew a second, regular strength beer. Historically a third low strength beer, aka 'small beer' would be made from the same grain too. The amount of malt makes for a very rich, complex beer with lots of syrupy sweetness. Flavour is dominated by fruitcake - raisins, brown sugar and carried orange peel - as well as marzipan with a sherry finish. Age has allowed this Barley Wine to reach its full potential. It was awarded Gold in the 2014 NZ Beer Awards and today it tastes better than even.
Be sure to serve at cellar temperature. This beer is can conditioned to pour slowly into your glass and leave the regiment in the can.